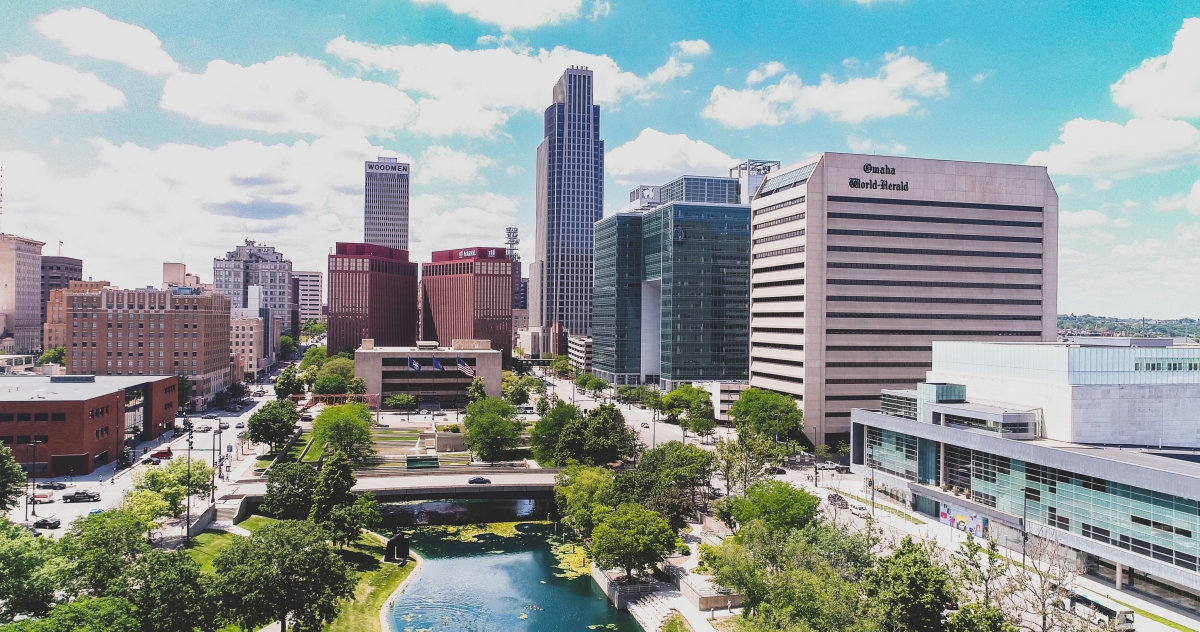 To be honest, I originally chose Omaha because it chose me. Whenever I tell people in Omaha that I’m from San Francisco, they always wonder what I’m doing here, with almost a sense of disbelief that someone would actively extract themselves from a large coastal city then move to a smaller one in the heart of the Midwest. The next question they ask me is if I am in the military, and when I tell them yes, they respond with something like “Oh, OK, that makes sense.”

What some see as the land of corn and cattle, I see as a growing city and metropolitan area dedicated to developing from the ground up. The Omaha Metro has a philosophy of steady growth propelled by local businesses both big and small, and a measured insertion of large national tech corporations. The Warren Buffett-led Berkshire Hathaway and small coffee shops and restaurants can thrive alongside PayPal and Facebook centers.

Going along with this juxtaposition of seemingly contrasting entities is the makeup of its people and its values: Omaha is a city that embodies its Midwestern ideals, and yet a huge number of its citizens are either transients or transplants, owing their introduction to the city to the rich heritage within Offutt Air Force Base and USSTRATCOM/Strategic Air Command. The Metro that I have come to know is one that supports and gives equal opportunities to both lifelong Nebraskans and people summoned to the city from all over the country and all over the world.

My mission as it stands now is to tell the untold stories: stories never uncovered, stories from the unvoiced, and stories never appreciated otherwise. The city itself has its own story, and yet it is but one of many – from locals, businesses, restaurants, refugees, revolutionists,  and musicians. I hope to capture it through my writing and through the conversations I have.

As of very very recently this winter, my wife and I received word from the powers that be in the military that we have a new life waiting for us in Japan. Long story short, we will be moving to the Land of the Rising Sun in 2018. This blog will continue to exist and hopefully grow after the move. Instead, this recent news is now impetus for me to not only get this site going, but to leave as much of a lasting legacy as I can.

The goal of this site is to bring to light stories that have not yet been told, and to share insight on whichever part of the world I happen to call my second home.

If I can uplift someone with the stories or insight presented here, then I have made my contribution to the world.

My wife and I call the San Francisco Bay Area home, but now we reside in a gem of a city hidden in the Midwest: the Omaha, Nebraska metro. We are also the proud adoptive parents of two orange tabby kittens, Mac and Cheese.

Point Forward is an archetype in basketball that combines the size and rebounding of a forward with the playmaking skills and responsibilities of a guard. It is the most well-rounded of all the positions in basketball.

Point Forward also stands for moving towards the future, while defending home court and assisting others.