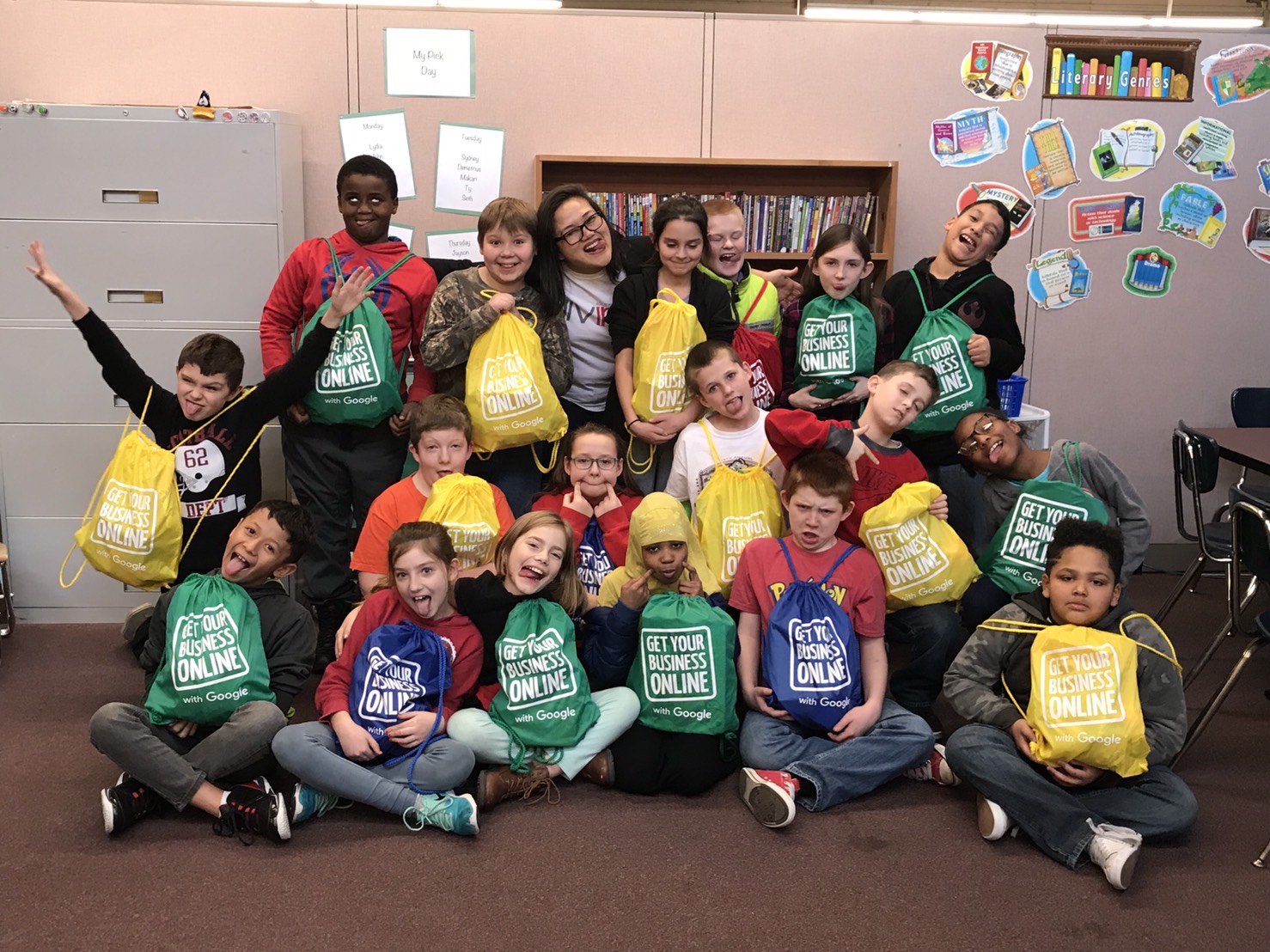 For the inaugural interview of this blog, I got the privilege to have a conversation with Rhea Cabardo, whose recent project was not only highlighted in the local news, but also more importantly inspired the lives of over 200 children at Florence Elementary in north Omaha. What started as one person wanting to provide bags for children during Christmas time soon became the muscle movement of an entire community to change the lives of its own.

To give everyone better understanding of the situation, some context is needed: Omaha is a sprawling 130 square mile city and contains several distinct boroughs. The east and west sections of Omaha represent downtown and the more affluent neighborhoods, respectively, while the north and south experience consistent struggle as the poorer districts. The growth of Benson in north Omaha help out in bringing up the reputation of the neighborhood, but the development is still a long way from benefiting the schoolchildren directly.

Rhea’s sister works as a counselor at Florence, and when she heard the story of the children there, she felt inspired to do what she can to change their lives. A lot of the children did not grow up privileged and instead did not have the security of knowing whether or not they would eat their next meal. Rhea wanted to do something for them and show them that they were loved. Inspiration struck her like lightning and she knew she wanted to provide them with bags full of love and goodies for the holidays. The task itself was daunting, as it was to be a mountain to be climbed by just one individual: providing presents for an entire elementary school of over 200 children. Instead of backing down and being overwhelmed, she took her first step and made a phone call to one of the biggest companies in Omaha: Oriental Trading Company. Within minutes of hearing what she wanted to do and why, they pledged 2000 items to donate for the bags. Then one after another, she called up Omaha businesses both big and small, and everyone chipped in. These companies included: The University of Nebraska at Omaha, Hy Vee, Google, Coneflower, Funnybone, New Day Nutrition, and more.

The love of the community was placed within these bags and distributed to each student of Florence Elementary during a schoolwide assembly on 22 December. Different speakers came and spoke to the kids to inspire them with their stories, and remind them that they have the backing of the village around them to pursue their dreams. One of the speakers was a local author who had come out of Florence herself and had become successful through hard work. By the end of the assembly, a lot of the children aspired to be authors themselves.

My wife and I met up with Rhea at one of our favorite coffee shops in downtown Omaha, Himalayan Java – a coffee shop that merits its own story being told. We got the privilege of hearing her story, and we got to know some of her fundamental motivations. As a fellow Christian herself, one of her motivations was the feeling of a calling from God. She heard the story of these children and immediately felt a burning need to help them. Another one of her motivations was to change the childrens’ mindset. During our interview, she discussed how people tended to focus on the negative: people tend to forget all of the good things that happen throughout their day, but remember the one or two tiny bad things that stick out. She wanted the children to have both a tangible gift made solely for them for holidays, and an indelible memory that can be a positive building block in their lives. Lastly, Rhea believes in the ripple effect: we may not be able to change THE world, but we can change OUR world and those of others within our world. By providing inspiration to 200 children in north Omaha, she hopes that the gifts can keep on giving in the future. Each child would receive a positive change in their lives, and they would go on to be that spark that brings hope to others around them. One of the children even said that she had never known before that feeling of being loved by someone she had never known, and now her whole world had changed.

Stories like these inspire me, and can happen every day without being told. Rhea is an example of an individual who brought the community together for a cause that helped its own. One person can do a lot of good, and sometimes all it takes is an idea and taking the first step.

The goal of this site is to bring to light stories that have not yet been told, and to share insight on whichever part of the world I happen to call my second home.

If I can uplift someone with the stories or insight presented here, then I have made my contribution to the world.

My wife and I call the San Francisco Bay Area home, but now we reside in a gem of a city hidden in the Midwest: the Omaha, Nebraska metro. We are also the proud adoptive parents of two orange tabby cats, Mac and Cheese.

Update: we have since relocated and now reside in yet another hidden gem in Asia: Okinawa, Japan.

Point Forward is an archetype in basketball that combines the size and rebounding of a forward with the playmaking skills and responsibilities of a guard. It is the most well-rounded of all the positions in basketball.

Point Forward also stands for moving towards the future, while defending home court and assisting others.